Stories in The Legal Genealogist‘s family take us back a long way in America on the maternal side and in Germany on the paternal side. 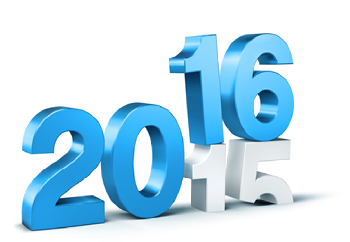 Stories that begin, in this country, in the late 1600s. Stories in Germany back to the late 1500s.

Some of them, remarkably, given my family’s tendency never to let the truth get in the way of a good story, may even possibly be true.

And some of the possibly-true ones — that is, the ones I’ve managed to document with something other than the marginal note that one of the family storytellers told me so — had very big milestones in 2015 or will have big milestones here in 2016. Events that were exactly 50 or 100 or 150 or 200 years ago — or more! — during the year.

They are the kinds of milestones that we shouldn’t allow to pass without pausing to reflect.

In 2015, for example, we can probably put two critical births into the 250-year milestone category:

• The best available records suggest that my fourth great grandmother Dorothy (Wiseman) Baker was born, most likely in South Carolina, on the 5th of February 1765. Now, of course, there weren’t birth certificates or anything of the kind back then, but Dorothy’s son Josiah kept a family Bible and recorded the birthdates of both of his parents. On the births page, one entry reads: “Dorothy Baker was born Oct. 5th, 1765.”1 Her age is supported both by the 1850 census, where she was enumerated as 85 years old,2 and by her affidavit for a widow’s pension that year in which she said she was 85 years old.3

• The best available evidence also suggests that my fourth great grandfather William Buchanan was born, most likely in Maryland, on 23 August 1765. This date appears in two transcriptions of a Bible, the whereabouts no-one today seems to know. One transcription was contained in an affidavit by Ben Buchanan and Burns Turner, dated 29 January 1931, executed before the Yancey County NC clerk, and reproduced in a Yancey County genealogical journal.4 This affidavit purports to set out a “true and exact copy as appears in the old family Bible of Mrs. Naomi Sparks of Estatoe, NC.” A second transcription of the same Bible was reportedly made by David Stamey of Waynesville, NC, in 1993. The two match in most particulars, including the date of William’s birth. The year is supported by the 1850 census, where he was enumerated as 85 years old.5

In the 100-year milestone category for 2015 we find the World War I casualties for my German family:

• One casualty I’m sure of — my grandfather’s brother Arno Werner Geissler died 22 June 1915 when his unit was in action on the Polish-Galician border.6 The irony was that he was considered basically too old for military — he was in a reserve unit jokingly called the old men.7

• The other casualty isn’t proved 100% yet, but it appears that my grandfather’s brother-in-law Franz Oskar Oettel died in the war as well. Ida Agnes Geissler married Franz Oskar Oettel in Bremen in 1908,8 and he was in the Bremen city directory thereafter from 1909 through 1915.9 But a death was recorded for Franz Oskar Oettel, member of a rifle battalion, on 21 July 1915.10 The record says he died “auf dem Barrenkopf” — an area that was part of the Battle of Le Linge in the spring and summer of 1915. And in 1917, Agnes appeared as a widow in the household of her father back in Gera.11

In the 300-year milestone category for 2016, I absolutely adore the fact that published family histories say that my fifth great grandmother, Dorothy (Davenport) Baker, was born 2 Nov 1716, probably in Virginia.12 And despite the fact that I was an editor on the most recent of those histories, I still don’t have any source information on this — and the one man who said he did have it died in 2013.13 Sigh…

In the 200-year milestone category is the marriage of my fourth great grandparents, Boston Shew and Elizabeth Brewer, in Wilkes, County, North Carolina. Exactly when it occurred, we don’t know — there’s no specific record of the marriage itself. But Boston signed a marriage bond as to his marriage to Elizabeth, with his brother Simon as surety, on 18 September 1816.14 And they lived together thereafter as man and wife until her death sometime after the 1850 census.15

And the marriage of Boston and Elizabeth’s great granddaughter, my grandmother Opal Robertson, falls into the 100-year milestone category in 2016. She and my grandfather Clay Rex Cottrell were married 19 October 1916 in Wichita County, Texas, after Clay — nearly three years too young to marry legally — lied about his age on the marriage license. Crazy kids. The marriage was doomed, of course… they only lasted until his death 54 years later.16

In the 50-year milestone category for 2016 is what may seem like an odd choice. It’s the 50-year anniversary of a divorce. My oldest first cousin, Bobette, secured a divorce from her husband Warren Hopkins on the 15th of August 1966.17 Not all endings are happy, of course, but some can open the door to beginnings: that divorce freed Bobbi to meet… fall in love with … and eventually marry the man who really was the love of her life. Five years later, she and Harold Kent Richardson began a married love story that ended only on his death more than 30 years later.18

Now safety would require that I stop there.

But I’ve never been one for playing it safe.

So I will risk life and limb by pointing out that one sister and two sisters-in-law will hit milestone birthdays in 2016. Nadine (Poludin) Geissler and Kacy (Geissler) St. Clair are littler than I am so I’m not too worried about mentioning that they’re celebrating the 50th anniversary of their 10th birthdays…

But Carolyn (Schmit) Geissler is pretty close to my size… still, she wouldn’t kill her children’s godmother for putting her in the 50-year milestone category… would she?