The language of the law. Part Latin, part Anglo-Saxon, all confusing.

If you are, as The Legal Genealogist is, of that “certain age,” you’ve heard the phrase more than once.

Probably directed at you, if you were anything like I was as a kid:

Or maybe, more recently, you’ve come across it in a record you’re looking at, with a research subject described that way.

Yes, still off on vacation, still grabbing a few minutes here and there to keep the blog from going dark, and so still mixing a pot of alphabet soup. 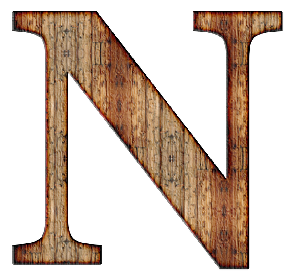 We’re up to the letter N now, and so today’s word is natural, as in — for example — natural fool.

The word by itself isn’t defined in the law dictionaries, but boy oh boy does it appear in combination in entry after entry.

There is, for example, a natural day: “That space of time included between the rising and the setting of the sun.”1 And even a natural year: “In old English law. That period of time in which the sun was supposed to revolve in its orbit, consisting of 365 days and one-fourth of a day, or six hours.”2

From a genealogical perspective, we’re all interested in natural affection: “Such as naturally subsists between near relatives, as a father and child, brother and sister, husband and wife. This is regarded in law as a good consideration.”5 That’s the term you often see in deeds between family members — instead of a dollar amount for the property, the sale is “for natural love and affection.”

And a big one for us is the natural child:

A bastard; a child born out of lawful wedlock. But in a statute declaring that adopted shall have all the rights of “natural” children, the word “natural” was used in the sense of “legitimate.”

In Louisiana. Illegitimate children who have been adopted by the father.

In the civil law. A child by natural relation or procreation; a child by birth, as distinguished from a child by adoption.

A child by concubinage, in contradistinction to a child by marriage.6

And related to that is natural heirs: “In a statute of distributions, this term may be understood and interpreted as meaning ‘legitimate heirs,’ and hence may include an adopted child.”7

You can have natural infancy — “A period of non-responsible life, which ends with the seventh year.”8 And natural rights: “Those rights which are plainly assured by natural law; such as the right to life, to personal liberty, etc.”9

So… just what was it you were being called if somebody told you to stop acting like a natural fool?

“A person born without understanding; a born fool or idiot. Sometimes called, in the old books, a ‘natural.’”10

It’s only natural, after all…