The notion of freedom dues

More than one reader wrote in response to yesterday’s blog post about children bound out, either voluntarily or involuntarily, as apprentices or servants, noting that they were confused about the issue of when, how and under what circumstances money changed hands in these transactions.

The Legal Genealogist had noted that, in many cases where a child was voluntarily apprenticed to a craftsman, “it was common for the master craftsman to charge a fee — often a hefty fee — to accept the child for training. Think of this as vocational school for colonials and early Americans.”1 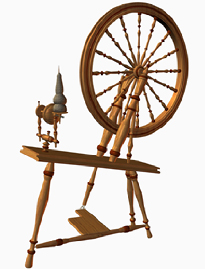 What was confusing to the readers was the fact that they had seen records in their own families about children who were placed with craftsmen in these voluntary apprenticeships and about children who were involuntarily placed with others by court order or by overseers of the poor because their own families couldn’t take care of them, often because they were orphaned — and who actually received money from those they served.

“Not sure if this was the usual procedure,” noted reader Gloria Neiger Bushong about the child of a Virginia Revolutionary War soldier who was bound out to a nailsmith by the Overseers of the Poor and who was to receive nine pounds when he reached the age of 21.

“My ancestor’s father paid a blacksmith to train his son, but the smith had to give the son tools and money at the end of the apprenticeship,” wrote reader John. “Was that an ordinary thing?”

The answer to these and other reader questions of the same kind: yes. This was the usual, ordinary procedure in any case where someone (other than a slave) was bound to serve someone else. And it applied to all kinds of situations: to the indentured servants whose passage across the Atlantic was paid by those they would have to serve for years; to children of the poor who were bound out by courts and overseers of the poor; to children whose parents sought out an apprenticeship for their youngsters.

Because they weren’t paid a wage during the years that they were serving — or learning and serving — all of these folks were supposed to receive something at the end when they were free of their obligations and setting out to make their own way in the world.

And you’ll find the evidence in both the records of the day… and in the law.

The term you’ll find used, in almost all of these situations, is dues and often freedom dues: an amount the master of any unpaid servant was to provide to that servant at the end of the term of service.

Unlike most of the terms we come across in legal documents, this one is one you won’t find in the law dictionaries. It pops up in places like the discussion of indentured servants on Wikipedia almost as an afterthought: “unlike slaves, servants were guaranteed to be eventually released from bondage. At the end of their term they received a payment known as ‘freedom dues’ and become free members of society.”2 But where you’re really going to find out what it was about is in the statute books.

In Pennsylvania, for example, the legislature passed a law in November 1700 “for the better regulation of servants in this province and territories” and it provided, in part:

That every servant that shall faithfully serve four years or more, shall, at the expiration of their servitude, have a discharge, and shall be duly clothed with two complete suits of apparel, whereof one shall be new; and shall also be furnished with one new ax, one grubbing hoe and one weeding hoe, at the charge of their master or mistress.3

In Virginia, in 1705, a statute governing servants and slaves provided that:

whereas there has been a good and laudable custom of allowing servants corn and cloaths for their present support, upon their freedom; but nothing in that nature ever made certain, Be it also enacted, by the authority aforesaid, and it is hereby enacted, That there shall be paid and allowed to every imported servant, not having yearly wages, at the time of service ended, by the master or owner of such servants, viz: To every male servant, ten bushels of indian corn, thirty shillings in money, or the value thereof, in goods, and one well fixed musket or fuzee, of the value of twenty shillings, at least: and to every woman servant, fifteen bushels of indian corn, and forty shillings in money, or the value thereof, in goods…4

In Maryland, a 1715 law provided that

Every man servant shall have at the Expiration of servitude, I new Hat, I good suit, (coat and breeches) either Kersey or broad-cloth, 1 new shirt of white linen, I pair of French Fall Shoes, and stockings, 2 houghs (hoes) and I Axe, 1 gun, value 20s. Women Servants: Waste Coat and Petty coat of new half thick or penistone, a new shift of white linen (Two suits), Shoes and Stockings, a blue apron, Two caps of white linen, and 3 barrels of Indian corn.5

The concept of freedom dues became so ingrained in the law the terms weren’t even always spelled out, as with an 1803 Maryland law requiring every boat pilot to take an apprentice. The law provided that “such apprentice shall have freedom dues, and the usual allowance to apprentices at the expiration of their time.”6

Over time these freedom dues came to be applied to all free servants and apprentices, and the terms were often set out specifically in the records creating the relationship of master and servant, master and apprentice, master and bound child. The customary items often varied depending on the nature of the relationship. A carpenter’s apprentice in 1709 Pennsylvania, for example, was to receive “one Broad axe, one hand saw, three augurs, one gouge, three chissells & three planes all new tools together with a good new suit of serve apparrell.”7 By contrast, two young sisters bound out as orphans in North Carolina in 1836 were to receive “14 months Schooling one common Bed and Necessary furniture three suits of good Nice Store Clothing one wheel and cards.”8

So this is an area where there was generally no difference between the voluntary and the involuntary placements: freedom dues were ordinary and customary.

Of course, not all masters paid up, or paid up in a timely way…