Go for the paper trail

Here’s a news flash from The Legal Genealogist, a/k/a the geek who never met a DNA test I wouldn’t take: 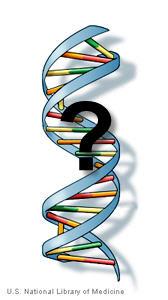 Sometimes it just can’t answer the question you have.

Case in point: which of three sisters born in Germany in the late 1700s is my third great grandmother?

That question came up this week because a dear friend of mine is in Germany right now and, since he was going to the archives in Sachsen-Anhalt where my father’s paternal side ancestors were from, I asked him to see what he could find out for me.

And we came up against this problem: my second great grandmother Friedrike’s parents are listed in her baptismal records as Friederik Geissler and Johanna Sophia Schumann.

But the records from Ossig, where Friedrike gave birth to my great grandfather Hermann Geissler, show her mother as Rosina (Schumann) Geissler. a native of Kayna.

And the Schumann family of Kayna had three daughters:

So, as my friend puts it,

“There is no doubt Friedrike’s mother is one of the three,” my friend the researcher reports. “There is only Schumann family in Kayna at the right time, that is the Elias Schumann family. But will the real sister please stand up?”

Do you see the problem with trying to answer this with DNA?

First, we can’t use YDNA at all. That’s the kind of DNA passed from father to son to son — it can’t be used when there’s a female in the line at all.

Second, we can’t use mitochondrial DNA either. Yes, that’s the kind that’s passed down the female line, but there are two reasons why it won’t work here:

• Even if it had been an unbroken female line, or we could find surrogate candidates to test, all three Schumann sisters would have exactly the same mtDNA, inherited identically from their mother Christine Seÿffarth Schumann. There’s nothing to distinguish the mtDNA among the sisters.

This is exactly the kind of problem that forces all of us who love DNA as a tool to say, over and over, it’s not something we can use instead of a paper trail. It works, when it works at all, with the paper trail. And sometimes it doesn’t help at all.

Here, as in so many genealogical problems we wish DNA could solve for us, we have to go for the paper trail.