Every generation has its defining “where were you when…” moment. 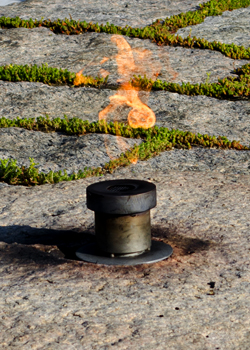 For our parents or grandparents, it may well have been December 7, 1941.

For our children or grandchildren, it may be September 11, 2001.

And fifty years ago today.

The day the world changed forever.

I will never forget that day.

Its details are as sharp in my memory now, all these years later, as they were then.

I was a 12-year-old eighth grader at what was then Thomas Jefferson Junior High School in Edison, New Jersey. It was one of the few years of my school life when I didn’t have a sibling in the same school. My older sister was at Edison High School, my younger siblings at Stelton Elementary.

So I remember being alone.

I was in Mr. Lutz’s science class on the first floor. Each classroom was connected to the office by an internal telephone system. Usually, when it rang during class time, it was because a student had to be sent somewhere — the office, the nurse’s office.

But when the phone in our classroom rang just after 1:30 p.m. Eastern time, and Mr. Lutz stepped over to answer it, it wasn’t about a student’s whereabouts. It wasn’t usual for him to do what he did, stepping through the door out into the hallway. All he said that we could hear was, “What?!?” and “Yes, I understand.”

When he stepped back inside the classroom, his face was grey.

There was a connecting corridor between the science labs at the school, and Mr. Thompson — who had been my 7th grade science teacher and would be my 9th grade biology teacher — came through the corridor. Mr. Lutz stepped away to talk with him. We couldn’t hear what they were saying. But Mr. Thompson’s face, too, was ashen.

We didn’t know what was wrong.

We were a room full of pubescent and pre-pubescent junior high schoolers. All of us 12, 13, 14 years old. Yet we were all strangely quiet. Strangely still. Waiting to hear what was going on.

The first general announcement came through a few moments later. And that is the first any of us knew that the President of the United States, John Fitzgerald Kennedy, had been shot in Dallas.

And we were told — an entire building full of teenagers — we were told not to say anything as we changed classes. To remain silent. Not to speak.

I remember gathering my things. I remember getting into the hallway with my classmates. And I remember that I couldn’t — simply could not — remain silent.

I had a question I needed to ask, and only my classmates to answer it.

“Does this mean war?” I asked. Because it never crossed any of our minds, not for a minute, that it could have been an American who pulled the trigger.

My classmates didn’t have an answer, and teachers manning the hallways hushed us quickly.

The silence was oppressive — nothing but the sounds of footsteps in the hallways from hundreds upon hundreds of normally boisterous kids. That terrible silence made it so much worse than if they’d let us talk it out.

Down the hallway, out the door and across the outside walkway to the next wing. Up the stairs to English class.

Where we sat. Without speaking. Without being spoken to. Silent. And afraid.

Just after 2:30 p.m., we heard the scratching of the microphone that meant we were about to hear another announcement.

We were told that the President of the United States was dead. And that we were dismissed for the day.

On a bad day in horrible weather with snow and ice on the ground making footing treacherous, I could make it home from the junior high school in about 90 seconds. I think I made it home in about nine seconds on November 22, 1963.

The television was on in our house.

It didn’t go off for days. Not until the September 11th attacks was any event covered longer continuously by the media. Not even in 2001 was my family so glued to the news.

We huddled together, my family, as each member who’d been at work or at school arrived home. We spoke quietly, or not at all.

Whatever semblance of normalcy that existed came about because of my then-youngest brothers — small boys too young to understand that the world had suddenly changed. One of them only one day older than the little boy who would be photographed saluting his father’s coffin before those terrible days of non-stop news coverage would end.

And by the end of those terrible days we knew that the world would never be the same again. That Americans could kill other Americans. That police could not prevent deaths even of people in their custody. That no-one was really safe.

No, I will never forget that day.

Oh, in my years on this earth, there have been other days, for sure, both before and after, that are seared in memory as well.

When the Soviets turned the missile ships around outside of Cuban waters.

When the Berlin Wall fell.

When the Challenger exploded.

But nothing like November 22nd, fifty years ago today.

I will never forget that day.

The day that childhood, and its innocence, ended with an assassin’s bullet.