Y we know what we know

William Noel was not a Battles

It often sends us down really complicated rabbit holes.

But, even in a worst case scenario, it can keep us from going down the wrong rabbit hole.

Case in point: yesterday on Facebook a poster asked if anyone on that platform was descended from William Noel Battles.

The Legal Genealogist‘s fifth great grandfather, born in Virginia mostly likely in the 1750s and died in Alabama in 1840.

The question the poster had was one that’s plagued Battles researchers for years: who were his parents?

One thing we know for sure: they weren’t the people usually listed as his parents in all those online family trees. He was most definitively not the son of John and Sarah Battle of Virginia.

Folks latch onto these parents for two reasons beyond the usual “the-name’s-the-same” claim: first, they had a son named William who they had baptized in Albemarle Parish, Virginia, in 1757,1 and, second, William Noel Battles lived in and enlisted in the Revolutionary War forces from Albemarle County, Virginia, some 13 miles from Charlottesville.2

Now… we could go into the minor little issue here of geography, and review the fact that Albemarle Parish in Virginia wasn’t in Albemarle County in Virginia. It was clear across the state in what was then Sussex County (and had been Surry County).3 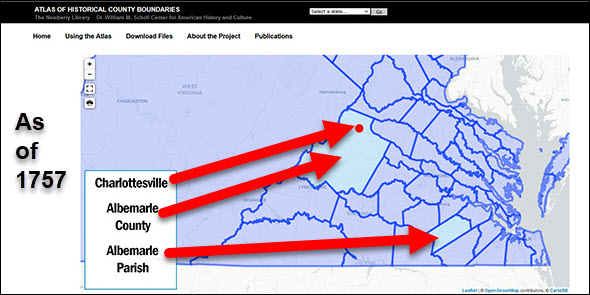 That by itself would be a good reason for caution in going with the usual “the-name’s-the-same” bit.

Or we could note that the John Battle family had moved to North Carolina before our William Noel enlisted in the 10th Virginia Regiment in Virginia — John’s will, naming his wife and children, including his son William, was executed in North Carolina in 1776.4

But there’s a singularly compelling reason for noting that John Battle is not the father of William Noel Battles.

Plain and simple, William Noel was not a Battles.

His YDNA, passed down through the lines of at least two of his sons, shows that his father wasn’t a Battles at all.

His descendants don’t match anybody named Battle or Battles.

But they do match descendants of another very well-documented Virginia family.

They match the descendants of one Richard Cottrell, who died in Virginia in 1715.5

Yep. A male from my maternal grandfather’s side was the daddy of a male from my grandmother’s side back in the 1700s. Thoroughly documented by YDNA testing out to the Big-Y level.

So here’s a case where DNA doesn’t make my research life any easier — there were at least six Cottrell men, Thomas and his five sons (only three of whom were named in his will, darn it!6 in the area where William Noel Battles was born who all appear to be of an age to be the father so there are plenty of rabbit holes to investigate here.

But in this case, reviewing why (YDNA!) we know what we know, it should at least keep us all from going down the wrong rabbit hole.

We can all stop trying to chase William Noel Battles of Albemarle County down into the rabbit hole of the family of John and Sarah Battle of Albemarle Parish.

Cite/link to this post: Judy G. Russell, “Y we know what we know,” The Legal Genealogist (https://www.legalgenealogist.com/blog : posted 24 Oct 2021).