The joys of summer

The Legal Genealogist is home for a time — at least temporarily — during this year’s institute season, and went out this morning for one of the joys of summer.

There truly is nothing quite as wonderful as the smells — and the flavors!! — of fresh fruits and vegetables.

And nothing quite as likely to bring on a major-league bout of nostalgia. 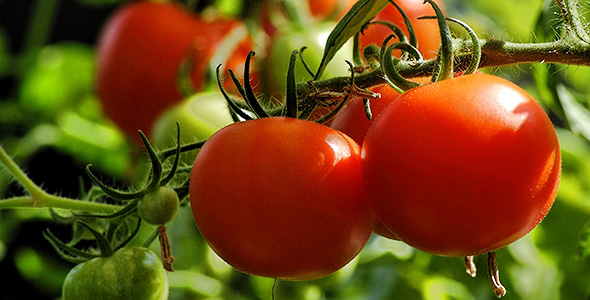 My growing-up years had two seasons: school, spent in central New Jersey; and summer, spent in central Virginia. On a 110-acre piece of property known then and forever simply as The Farm. Owned legally by my mother’s oldest brother, my uncle Billy. Ruled utterly by his mother, my grandmother, Opal (Robertson) Cottrell.

Not autocratically in any way. But simply by force of who she was and what she meant to her large brood of children, grandchildren and even great grandchildren who spent the summers there with her in that ancient farmhouse.

It was one of those places that my grown-up self looks back on from a practical perspective with amazement. How did we survive those Virginia summers in that place? It had no running water (you pulled up what you needed in a bucket from the well, and the outhouse was down behind the barn). No air conditioning (window fans if you were lucky, a hand-held piece of cardboard otherwise). Crowding to the level of 19th century tenements (every single bedroom, with the single exception of my grandparents’ bedroom, held a collection of kids and adults that, today, boggles my mind just to consider).

We survived, I suspect, because we didn’t know any better. And because it offered what we couldn’t have found anywhere else — the magic of summer.

It included long walks through the woods into fields of Queen Anne’s Lace and chicory. After which — sigh — you carefully checked yourself and each other for ticks and worried about the chigger bites.

It included bonfires out under the trees and listening to the stories and the music. My aunts and uncles and cousins sang in multi-part harmony that was sweeter than any choir I’ve ever heard.

And it included one rite of summer that, to this day, makes my mouth water just to think of it.

It was the day when the tomatoes in my grandmother’s garden were ready.

Having borne 12 children and raised 10 to adulthood in a household where the one thing you could count on was not having enough cash for all the needs, my grandmother always had a garden. She fed those kids — and us grandkids — very well indeed with the fruits of her labor. Fresh in the summer, canned and preserved at other times.

I wasn’t the biggest fan of everything that came out of that garden, and particularly not of the way some of it was prepared. Southern cooking doesn’t usually leave much of a crunch in vegetables — I had no idea that green beans weren’t supposed to be mushy until I was an adult.

But one of the two things that came out of that garden that were simply wonderful were the tomatoes.

Every single one of them carefully tended by my grandmother’s hand — and remember… this is a farm where water came out of a well by the bucket. Keeping that garden going in the heat of a Virginia summer was hard work.

Every single one of them protected from the birds and the pests practically by sheer iron will.

And every single one of them flavorful beyond belief.

Just about this time each summer that special day would arrive, when the tomatoes in that garden were ready.

And my grandmother would hand each of us a salt shaker and turn us loose in that garden.

I remember going carefully down the rows, looking for the deepest reds on those vines. Carefully choosing my prize from among all the lovely specimens hanging there. Wresting that choice off the vine just as carefully so as not to damage any of the other tomatoes that might not have been quite as ready.

Inevitably, that prize would have a dusting of dirt. That didn’t matter. You’d just wipe your selection off on your jeans.

And then you’d lick the outer skin just a little, to keep the salt from falling off, sprinkle just a little salt on the area that you’d licked, carefully let your teeth break the skin of the fruit… and feel your taste buds explode.

The juices would run down your face. You’d catch what you could in the palm of your hand, because you didn’t want to lose a single bit. And you ate every bit of that prize, right down to the stem part, and sometimes even pop that into your mouth rather than lose even a millimeter of goodness.

Those of you who’ve never bitten into a homegrown heirloom tomato fresh from the vine have my deepest sympathies. Because I don’t know of much that’s legal that’s better than that.

So you know of course what I bought at the farmer’s market this morning.

Now you’ll excuse me, I’m sure, because I have a date with an heirloom tomato.

It may not be quite the same as one fresh from my grandmother’s vine… and I will miss not being able to look up the hill and see her watching.

But it will make me remember those days again.

And make me smile.

Cite/link to this post: Judy G. Russell, “On the vine,” The Legal Genealogist (https://www.legalgenealogist.com/blog : posted 27 July 2019).