Not many… but one so missed

As we hit the last family Saturday here of 2017, our thoughts turn to family traditions for celebrating the New Year.

Thinking back, The Legal Genealogist‘s German-born father really didn’t have any New Year’s traditions that he brought with him.

And occasionally there’d even be a New Year’s toast, though not with champagne or Sekt (the German sparkling wine) — not with a kazillion little kids in the house.1 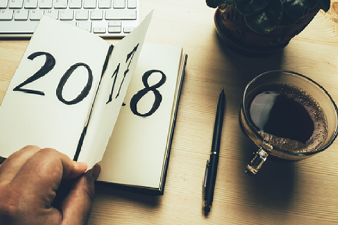 But the hugs and kisses were accompanied by a wish for a Happy New Year, not a Frohes neues Jahr. Sauerkraut was never part of our New Year’s Eve or Day meals, nor was lentil soup.2 We called it New Year’s Eve, not Silvester. And no fireworks or lead-pouring, either.3

About the only localized tradition my Texas-born mother tried to bring with her was eating black-eyed peas on New Year’s Day for luck. That didn’t go over any better with said kazillion kids than the sauerkraut did, and it caused me a great crisis one New Year’s.

We had gone to the home of much loved neighbors, Dr. Bailey Pepper4 and Peg Pepper, for a New Year’s dinner. They had the same tradition of serving black-eyed peas, but went on to hide a silver dollar in the peas. Whoever got the dollar would get extra special good luck in the coming year.

After a few minutes of watching me stare morosely at both dollar and peas, Dr. Pepper told me to bring my plate and we’d finish them in the kitchen and wash off the dollar. Off we went, the swinging door closing behind us. He cautioned me to silence, put my plate on the floor where the Peppers’ English setter Princess was only too happy to take care of the peas, and helped me wash off the dollar.

When we walked back into the dining room, he announced with careful precision: “She ate all the peas.” I don’t think he ever told anybody who “she” was. And I’d never been so grateful to an adult in my life.

So New Year’s traditions just weren’t much of a thing for us… except for one part that I miss dearly — and more every year.

The neighbors across the street were the Bertins. Gerry was a professor of romance languages at Rutgers, Tudi was a second mother to us all. Their oldest son Joel was the same age as my older sister, their second son Micah just a bit older than I am, and their daughter Anne only 11 days older than my younger sister. We were all pretty much thick as thieves.

And any time we were all home on New Year’s Eve, within about a nanosecond of the clock striking midnight, the door of their home would burst open and they’d all come swooping across to our house, banging pots and pans and yelling loudly enough to wake the dead.

We of course would open our door to see what all the commotion was… and they’d bring the celebration — and the pots and pans — into our house, adding to the fun by throwing matzoh balls at anybody who stood still long enough to be a target.

I’m not sure where the idea of throwing matzoh balls came from. The banging of pots and pans is apparently a part of New Year’s traditions in places like the Philippines5 and New Zealand6 — places where, I’m sure, none of us had ever lived and, at that time, none of us had ever even been. In any event, making noise to scare away the bad spirits is a big part of traditions around the world7 — and it was something the whole kazillion kids could join in on.

But, as time has gone on, I’ve come to appreciate, fully, that it wasn’t the noise or the excitement or even the matzoh balls that made that moment so special every year.

It wasn’t the relief of ushering out a year that may have been more difficult or challenging than we’d hoped.

It wasn’t the anticipation of ushering in a new one, with the blank slate and hopes for something better that it might bring.

No, the thing that made that moment so special every year was very simple.

It was the people.

The simple pleasure of being with good friends and family.

The abiding joy of being loved and sharing that love with those most dear.

The deep comfort of knowing that, at that place, in that moment, all was well with the world.

I’d give a great deal to have that front door bang open again tomorrow night as the clock hits midnight.

To hear those voices raised and those pots and pans being banged.

Even to dodge a few matzoh balls.

And to share one more moment with those good friends and family… now gone or scattered to the winds.