In the law as well as in our work

There are just so many deadlines.

And The Legal Genealogist is struggling mightily against a whole series of them right now. 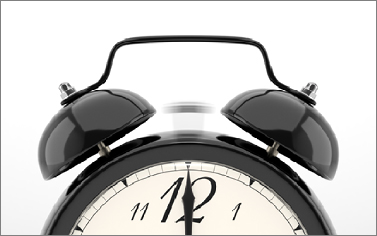 There’s that PowerPoint that had to be finished and submitted to others to review by a deadline.

And I have to get my portfolio for recertification in to the Board for Certification of Genealogists by a deadline.

And then there’s that project due in my real pay-the-bills job that’s on deadline.

Life these days appears to be nothing but lurching from crisis to crisis, deadline to deadline.1

I mean, it’s perfectly reasonable to set some time frame within which things have to be done or have to happen. There has to be an end point — some fixed time — so people know what to expect.

There are even a bunch of these deadlines in the records we use every day as genealogists.

Only we don’t usually see the word deadline in those records — those court documents and statutes and contracts and other things we comb through for hints about our ancestors.

In the law, these are called limitations periods, and you’ll often see a reference to a statute of limitations: a law “prescribing limitations to the right of action on certain described causes of action; that is, declaring that no suit shall be maintained on such causes of action unless brought within a specified period after the right accrued.”2

These limitations periods exist for just about everything:

• You can only bring a suit, for example, against someone who didn’t live up to the terms of a contract — a so-called breach of contract case3 — within a set period of years, often six years in the law. The theory is that, after six years, even the documentary evidence may no longer exist and it won’t be fair to allow the claim to go forward.

• You can only bring suit against someone who’s injured you in some way — a so-called tort case4 — for a relatively short period of time, often as short as one or two years. The theory there is, in part, that the evidence depends largely on people’s memories — their recollections of what happened — and those fade quickly.

• There are limitations period that apply even to the government if it wants to charge someone with a crime. There’s a reason your accountant tells you to hang on to your tax records for six years: after six years the government can’t charge you with tax evasion any more.5

But, of course, there are exceptions: in general, the crime of murder has no statute of limitations, and individual states have no limitations periods for some offenses like crimes involving public money or public records — or even treason.6

So… when you’re trying to figure out why you can’t find a record of a lawsuit or prosecution, consider whether it just might not have been brought in time.

In other words, whether your folks met the deadline.

And now… excuse me… while I go back to mine…