Nothing new under the sun

It was George Santayana who said it: “Those who cannot remember the past are condemned to repeat it.”1 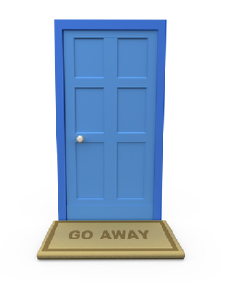 So come along with The Legal Genealogist and spend a little time remembering the past today… through the prism of the laws of the time.

Here we are, in 2016, a few weeks short of a bitterly contested election2 and one of the big issues is immigration.

As usual, those who are already here want to keep out those who want to come here.

No, that’s not political commentary.

That’s just a statement of fact, and it describes every single generation probably from the beginning of time.

Think this is something new?

Here’s some proof that there really is nothing new under the sun.

Here’s a resolution of the Montana State Legislature, approved on the first of March 1893. For those who don’t have a calculator handy, that’s 123 years ago, give or take six months.

Yeah, you can tell from the title that this isn’t going to be warm and fuzzy, right?

Be it Resolved by the Senate of the State of Montana, the House of Representatives Concurring,

That the Senate and House of Representatives of the State of Montana respectfully request the Congress of the United States, and the Legislative Assemblies, of the several States, to enact laws establishing a uniform policy of immigration from foreign nations and of immigration from State to State, of persons who are dependent upon charity and are of idle or vicious habits.

Resolved: That the Secretary, of the State of Montana be requested to transmit copies of the foregoing resolution to the Presiding Officers of the Congress of the United States, to each of the Senators and the Representative from this State, and to the Governors, of the several States of the United States.4

So no, what we’re seeing today isn’t new.

And the election season will end.