What was it in early Michigan?

So… your ancestor was charged in early Michigan with being disorderly.

Just what exactly did he do? 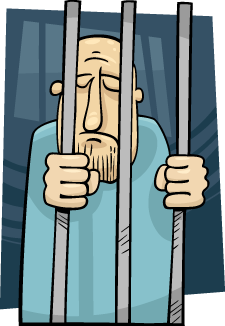 And no, The Legal Genealogist isn’t raising this question because of the conduct of any of the genealogists attending GenStock here in Michigan.1 It’s just that it’s an interesting term in the law and in the court records we come across as genealogists.

So… what did it mean to be disorderly?

And how do you know?

The answer, of course, is in the law. Disorderly persons by definition were “such as are dangerous or hurtful to the public peace and welfare by reason of their misconduct or vicious habits, and are therefore amenable to police regulation. The phrase is chiefly used in statutes, and the scope of the term depends on local regulations.”2

In other words, you’d look at the statutes of the time and the place to see just what exactly was considered the offense of being disorderly — and what the consequences were.

Generally, in Michigan as in most common law jurisdictions, disorderly persons offenses were the lowest level, least serious offenses — the functional equivalent of spitting on the sidewalk.

“All persons who threaten to run away and leave their wives and children a burden on the public ; all persons pretending to tell fortunes, or where lost or stolen goods may be found ; all common prostitutes, all keepers of bawdy houses, or houses for the resort of prostitutes ; all drunkards, tipplers, gamesters or other disorderly persons ; all persons who have no visible profession or calling to maintain themselves by, but who do for the most part support themselves by gaming ; all jugglers, common showmen and mountebanks, who exhibit or perform for profit any puppet-show, wire or rope dancing, or other idle shows, arts or feats ; all persons who keep in any public highway, or in anyplace where spirituous liquors are sold, any keno table, wheel of fortune, thimblers, or other table, box, machine or device for the purpose of gaming ; all persons who go about with such table, wheel, or other machine or device, exhibiting tricks or gaming therewith ; all persons who play in the public streets or highways, with cards, dice, or any instrument or device for gaming ; shall be deemed disorderly persons.”3

The consequences of being held to be a disorderly person were not all that onerous, compared to — say — something like committing a robbery or a burglary. In general, the person was simply required to post a bond promising to behave for a year.4 If the person then breached the conditions of the bond, he could be fined, with the money going to the support of the county poor, and in extreme cases jailed for up to six months.5

If the disorderly person was a minor, he could be bound out as an apprentice or servant until he came to full age, and an adult could be contracted out to work for not more than a year.6 Anyone sent to jail could be put on bread and water for up to 30 days and the sentence could be at hard labor.7 If there wasn’t any way to put the person to hard labor in jail, the jail keeper could employ him in other work, sell the products produced by the labor, and he’d get half his earnings when he was finally set free.8

Now remember that the laws changed from time to time, and conduct that was considered disorderly at one point might be dropped from the list later, or conduct not included originally might be added.

For example, by 1885, there were additional grounds for being considered a disorderly person and, in particular, being considered a juvenile disorderly person. Children between the ages of eight and 16 got that label if they were habitually truant from school, or were not attending school and not employed, or if they were in school and were “incorrigibly turbulent, disobedient, or insubordinate, or … vicious or immoral in conduct.”9

And by today, Michigan law provides a whole laundry list of things that will get a person nailed as a disorderly person. Michigan Penal Code §750.167 provides that:

(1) A person is a disorderly person if the person is any of the following:

(a) A person of sufficient ability who refuses or neglects to support his or her family.

(b) A common prostitute.

(d) A person who engages in an illegal occupation or business.

(e) A person who is intoxicated in a public place and who is either endangering directly the safety of another person or of property or is acting in a manner that causes a public disturbance.

(f) A person who is engaged in indecent or obscene conduct in a public place.

(h) A person found begging in a public place.

(j) A person who knowingly loiters in or about a place where an illegal occupation or business is being conducted.

(k) A person who loiters in or about a police station, police headquarters building, county jail, hospital, court building, or other public building or place for the purpose of soliciting employment of legal services or the services of sureties upon criminal recognizances.

(l) A person who is found jostling or roughly crowding people unnecessarily in a public place.10

So look to the law of the time and the place.