There are changes coming soon — possibly very very soon — to the matching system at AncestryDNA that may make some of the folks who’ve tested there lose some bits and pieces of information they have now. 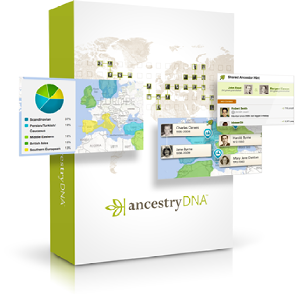 This isn’t going to be altogether a bad thing, since the theory is that most of the things that will drop out of sight will be bits and pieces that are unlikely ever to lead to a common ancestor. In short, the hope is all of our matches will be better, stronger and more accurate.

But there are some aspects that will be problematic, and folks need to act now to minimize any collateral damage from the change.

Here’s what’s happening: AncestryDNA is revising its system for evaluating matches in two ways. First, it’s revising its phasing data to more accurately identify bits and pieces of DNA that are genealogically significant. Second, it’s changing its matching system to use actual segments from start to end rather than artificially designated windows.

AncestryDNA says no-one who now appears as a second cousin or closer will drop off anyone’s match list. And it’s promised that we will be able to download data on anyone in the current match list where we’ve either added a note to that match’s record or added a star to the record for our own research.

Shared matches is a real concern. Remember that feature works this way: for any match, on the review match page, there’s a button to see shared matches. But when you click on that button, to see anyone you and this match have as a common match, you only get a list of those who match you at the fourth cousin or closer level. Since a lot of our matches are going to stop being counted as fourth cousins and start being counted as fifth to distant cousins, we’re going to have a lot of shared matches that won’t show up in that list any more.

Circles and NADs are also potentially going to be affected, and the estimate is that most people will lose one circle and one NAD because of the changes in their matches.

Until the whole change is rolled out, of course, we won’t know the full impact, but there are some things we can all do right now to minimize any fallout from the changes.

So here’s the action plan:

1. Make a screen capture or other record of every DNA Circle you have, and make sure you make a note of every person who’s now in those circles.

2. Make a screen capture or other record of every NAD you have, and make sure you make a note of every person who’s now in those NADs.

3. Go to your DNA Matches list, click on the link for Shared Ancestor Hints and star every single one of those. Those are the folks with whom you share both DNA and a tree hint, and you don’t want to lose their data even if they fall off the bottom of your match list. If you star them now, you’ll be able to download the data down the road.

4. For those Shared Ancestor Hint folks, screen capture as many of the shared match lists as you want to preserve — remember that some people showing up now as shared matches are definitely not going to show up as shared matches after the change because they’re going to drop to a lower fifth to distant cousin category.

5. If you have time, energy and interest, screen capture as many of the shared match lists for other folks without Shared Ancestor Hints at the fourth cousin level as you can.

And whatever you do, don’t delay. This change is coming fast — it could be within days. It won’t be more than a week or 10 days away, and it could be as soon as tomorrow or the next day.

So act now to preserve this data… just in case.