And dust to dust

It is January in Utah. Cold, overcast, winds with a nip to them, little wisps of snow every so often that bounce off of coats and gloves and add highlights to hair.

The Legal Genealogist is here in Salt Lake City getting ready — or trying to get ready! — for the Salt Lake Institute of Genealogy that officially gets underway late tomorrow.

And thinking back to another January here in Utah many years ago. 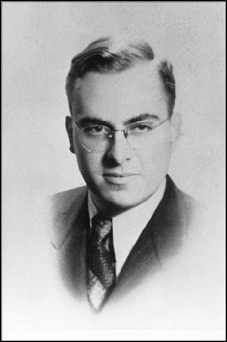 My father Hugo H. Geissler was an immigrant from Germany. He came to America with his parents in 1925, the last of a series of family members to make the trip across the Atlantic to settle in a new land.

The adjustment couldn’t have been easy for any of the family. A new language. New customs. New laws to live under and abide by.

In some respects, I’ve always thought my father may have had it easiest: he was not quite four when he arrived in America and it would be easy to think that he grew up really as an American.

Germans were not particularly welcome in America during or after the First World War. They were surely better off economically in the United States than they would have been had they stayed in the old country but there must have been a terrible sense of isolation from the broader American community.

And as the winds of war began to blow again in Europe during the years when my father was growing to manhood, how hard must it have been for all of them to know what side they were on — what side they wanted to be on.

My father was astonishingly closed-mouthed about his family and its history, to the point where my own research findings as a genealogist have been one surprise after another, but one story he did tell was of a promise made to the German boys of Chicago by recruiters anxious to fill the ranks of the American military as the war drew near and then the storm broke.

That promise: “we will not send you to fight your cousins in Europe.”

It was a promise the military couldn’t keep. Loads of German-American boys were sent to Europe. The prospect was so awful to my German-born grandmother that she directed my father’s education and his job choices to ensure that he wouldn’t be drafted during the war: he was an engineer in the oil and chemical industry after he graduated from college and held a deferment throughout the entirety of World War II. That set him apart from his few American-born cousins, who did serve — and who didn’t ever understand why he didn’t.

And the fact that he didn’t further isolated him in some ways when he decided to leave Chicago and teach petroleum engineering at the Colorado School of Mines in the late 1940s: all of his students were older than he was — veterans returning from the war and taking up the GI bill’s benefits to begin new lives in peacetime. He and his students had nothing in common.

I’ve never been entirely sure what he and my mother had in common when they met there in Colorado either. They were chalk and cheese. He was formal German; she was folksy west Texan.

He was raised as an only child, his only sibling having died before he was born; she was the fifth-born of 12 children, and the fourth of 10 to survive to adulthood.

He was a college graduate, with a degree in engineering; she dropped out of high school to work in the war effort.

Children who tried, in various ways, to understand him. To keep in touch. To bridge what seemed like a widening gap as he moved on in his life — to Texas, to Arizona, finally to Utah.

Children who awoke one January day, 17 years ago, to the news that he was no more. That he had succumbed to the heart disease that was epidemic on his side of the family.

Children who took his ashes, and spread them into the cold of a January in Utah, the overcast, the winds with a nip to them, the little wisps of snow every so often that bounce off of coats and gloves and add highlights to hair.

Children who still wish they understood more… and that the isolation had been less.