For the betterment of the brew

It was a good year, 1722, in the Province of Pennsylvania.

The Legal Genealogist is sure of that, having spent yesterday evening deep in the pages of the Pennsylvania Statutes at Large. 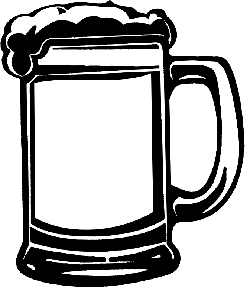 Yes, there’s another trip coming up, to the North Hills Genealogists, in Pittsburgh, this weekend, and there’s this terrific website of the Pennsylvania Legislative Reference Bureau, an agency of the Pennsylvania General Assembly, which “has undertaken a project to digitize the annual session laws published from time to time in the Province and Commonwealth of Pennsylvania from 1682 to the most recently completed session of the Legislature.”1

According to the Project’s website, the Statutes at Large “contain public and private laws of the Province and Commonwealth of Pennsylvania through 1809…, setting forth significant archival documents and enactments, with references to original sources, prior provisions and review by British Crown and Parliament agencies.”2 “Publication began in 1896 with Volume 2, the laws from 1700 to 1712, and continued through 1913, with 16 volumes published or authorized.”3

The General Laws of 1722 are 13 in number — 13 specific statutes passed by the Legislature in that year. And it’s clear that 1722 was a good year, since five of those 13 had to do in whole or in part with wine, rum, beer and other spirits.

• An Act for laying a duty on wine, rum, brandy and spirits, molasses, cider, hops and flax imported, landed or brought into this province.4

• An Act laying an excise or duty on all wine, rum and other spirits retailed in this province.5 Eight pence a gallon, that tax was, to be paid over every three months.

• An Act for encouraging the making of good beer and for the consumption of grain in this province.6

• An Act to prohibit the selling of rum and other strong liquors to the Indians and to prevent abuses that may happen thereby, aimed at those who “trade promiscuously with the Indians as they return from hunting, whereby they have opportunity, first, to debauch the natives with great quantities of rum and strong spirits, and then cheat them of their peltry.”7

• An Act for regulating the gauging of cask or, in other words, to make sure that a barrel contained the amount of rum, wine or the like that it was supposed to contain.8

My favorite of all these is the one encouraging the making of good beer. The Legislature “found by experience that the using of molasses and other materials … in brewing ale and beer doth very much hinder the consumption of malt.”9 It said it wanted “to encourage the raising of wheat and barley for the brewing trade, so it is expected that brewers may take special care to bring their beer and ale to the goodness and perfection, which the same was formerly brought to, that so the reputation which then was obtained (and is since lost), may be retrieved.”10

To achieve that goal, it went so far as give authority to “the justices of the peace of the respective counties, and the mayor, recorder and aldermen of the city of Philadelphia, …(to) allow higher prices than common to be taken for such beer and ale as, by the judgment of persons skilled therein, shall exceed in quality and goodness any law or ordinance to the contrary notwithstanding.”11

But, it cautioned, it would “prevent the ill designs of brewers, retailers, victualers and butchers, who combine to advance the prices of [the] grain and provisions they respectively buy, beyond a due proportion of the rates they give” by using British laws “against all such combinations and evil practices.”12

Good beer for a good year.