A soul lost to a devastating illness

When the telephone rings at five o’clock in the morning, you know the news is not going to be good.

And that morning in June, 10 years ago, The Legal Genealogist‘s family had been expecting some bad news.

My mother’s oldest brother, my Uncle Billy, was born in 1919, and had been ailing for some time. He had had ups and downs, and more downs than ups there in 2005.

So when that phone rang, and when I heard a cousin’s voice on the other end of the line, I was sure that’s what she was going to tell me. That we had lost a member of our family.

And we surely had.

But not the family member we had been expecting to lose. 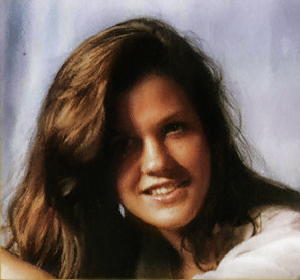 A young woman I had spoken to not three weeks earlier to plan a whirlwind “come up to New York and we’ll do Broadway” visit.

A young woman just weeks away from her 30th birthday — the reason why we were planning that New York visit.

And … sigh … a young woman suffering from the clearly genetically-based depressive illness that has plagued my family for generations.

Those of us who have felt its power don’t talk about it outside of the family. We understand, only too well, that it is a biological disease related to biochemical factors many of us have inherited. But we also understand, only too well, that we are, still today, living in a time when just the words “mental illness” are regarded as disqualifying. If you don’t believe that, you don’t remember Senator Thomas Eagleton…

But what we learned with Meredith is that those of us who have felt its power need to talk about it more — much more — at least inside of the family.

To understand its genetic origins.

To understand — and be able to watch for — its symptoms.

To understand its risks.

To understand that, sometimes, we will win against its power.

The way we lost Meredith.

Who would have been 40 years old yesterday.