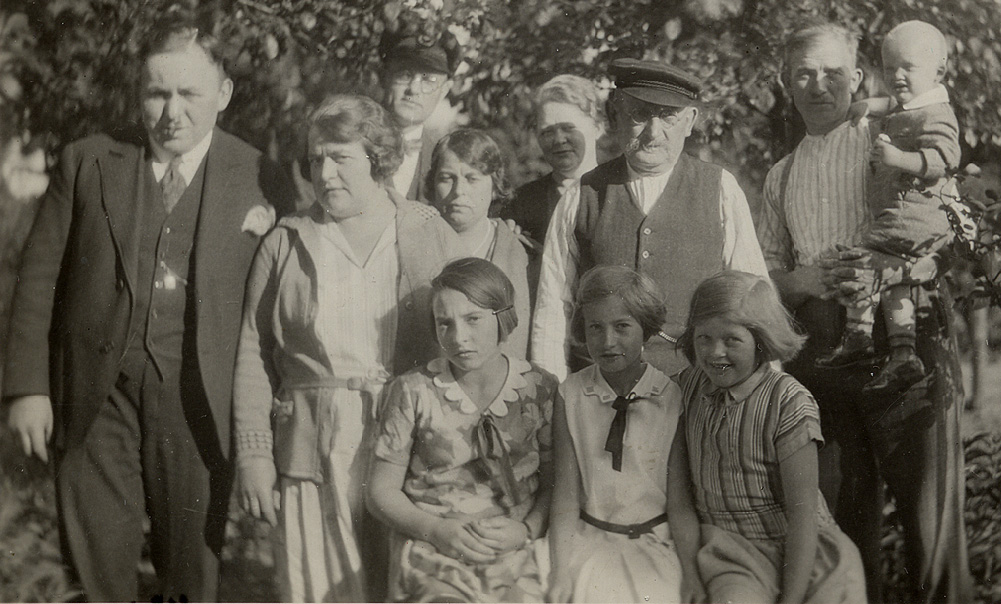 Those six times in those 15 years, Carsten Hinrich Wilhelm Nuckel and his wife Juliane Margarethe (Smidt) Nuckel — The Legal Genealogist‘s great grandparents — went to the cemetery together.

The losses are staggering — the mortality rate simply unimaginable to 21st century minds.

The Nuckels were both from Bremen, Germany,1 and married there around 1888. They had six children that I’m absolutely sure of:

There were three more than I’m fairly sure of — daughters Adelheid and Gretel and son Gerd — but German privacy laws have thus far stumped me in figuring out how to obtain documentary proof of those three, so getting their full names and birthdates is still on the “to-do” list.

So the first trip my great grandparents made to the cemetery was to bury their first-born in 1892.

The second was to bury his namesake, their second born son, in 1893.

The fourth, to bury their next son Johann Friedrich in 1898.

The fifth, to bury their stillborn daughter in 1904.

And the sixth… oh, the sixth… that last and final trip together to the cemetery in 1907.

That one was different.

Not because of the kind of burial. It was a fourth class burial — with the hearse drawn by two horses draped with black, eight black-clad attendants wearing triangular hats, the coffin draped in black,9 but some of those earlier burials had been fourth class as well.

Not because of where it was — Buntenthor was one of the cemeteries used by the family before.

But because, on that cold day in January 1907, my great grandparents did not come home together.

That was the day when Carsten Hinrich Wilhelm Nuckel came home from the cemetery alone.

Leaving behind Juliane Margarethe (Smidt) Nuckel, aged 42, mother of as many as nine children and probably four surviving, in her own grave at Bunthenthor Cemetery.10

The losses are staggering — the mortality rate simply unimaginable to 21st century minds.

And the only comfort that can be offered by this American descendant to her Bremen ancestors is the knowledge that, after the family arrived in America, there have been no more losses of this kind.

We have never buried a child.

We have never buried an adult in her prime.

We are so very fortunate.

And your experience teaches us to treasure every minute of our good fortune.