The test that can’t be taken

Hundreds of genealogists are gathering this weekend in Chevy Chase, Maryland, talking and learning about using genetics and DNA to help understand our family history.

Because there’s a member if my family who would have loved learning about her own ancestry using DNA… and it’s too late to do anything about it. 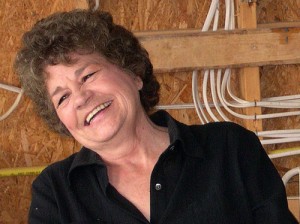 My oldest first cousin — called Bobbi — was born Michaela Bobette Staples.1 I can tell you a lot about her mother’s side of the family; her mother was my mother’s oldest surviving sister, my Aunt Cladyne.2 And our DNA on that side? Boring. Essentially 100% boring European.

But I can’t tell you about her father’s side. Her father was my aunt’s first husband, who had come and gone from our family before I was even born. What I do know, though, is that his DNA would not have been boring.

His ancestry included all kinds of neat things like a big percentage of Native American. And as much as I would have loved looking at that cool DNA, Bobbi would have adored seeing the evidence of her heritage in her genes.

But we had plenty of time to get that test done, right? Our family is long-lived, and there would be lots of chances to do the testing, no?

We lost her three years ago today. The cancers that have stolen so many years from our family took her from us far too young.

Bobbi had no children. So because I thought we had plenty of time, I hadn’t yet gotten her tested. So her genetic heritage died with her.

So… today… I can grieve my cousin… but I can’t say a thing about her unique genetic history.

Let this remind us all that time is NOT on our side when it comes to DNA testing.

Don’t wait to get those important tests done.