None of us, The Legal Genealogist included, who count ourselves among the DNA geeks of genealogy are in this solely because of its utility in linking one generation to another in our own family trees. 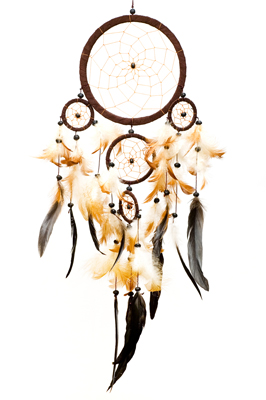 No, scratch any of us who’ve stuck our toes into the DNA testing waters and — behind the desire to know if we’re from this Baker line or that Baker line and whether this wife or that wife was the mother of our ancestor — there’s plain old ordinary curiosity about homo sapiens: the human race, who we are, and how we got here.

And today we all have a chance to help move the scientific ball forward by a large measure. To catch a scientific dream, so to speak.

Because that’s when the sale price expires on a brand new greatly-expanded YDNA test that has the potential to tell us so much about the ancestry of the first peoples of America — the Native Americans so many of us do have an ancestors (and so many of the rest of us, The Legal Genealogist included, wish we had as ancestors).

And it’d be a shame to let that sale price expire without taking advantage of the chance for all of us to find out more about some of the oldest aspects of our human history hidden away in our genes.

That chance is to help fund what’s being called the Big Y, new testing from Family Tree DNA,1 for two of the Native American male haplogroups, Q and C. And here’s why — and what we might learn, as reported by DNA-eXplained‘s Roberta Estes:

today, in haplogroups Q and C, we are learning through standard STR (short tandem repeat) surname marker tests who is related to whom, and how distantly, but it’s not enough. For example, we have a group of haplogroup Q men in Canada who match each other, but then another group with a different SNP marker that is located in the Southwest, Mexico, and then in the North Carolina/Virginia border area. Oh yes, and one more from Charleston, SC. Most Native American men who carry haplogroup C are found in Northeastern Canada….but then there is one in the Southwest. What do these people have in common? Is their relationship “old” or relative new? Do they perhaps share a common historical language group? We don’t know, and we’d like to. In order to do that, we need to further refine their genetic relationship. Hence, the new tool, the Big Y.

The Big Y sequences almost all of the Y chromosome – over 10 million base pairs and nearly 25,000 known SNPs. But the good news is that the Big Y, like its predecessor, the WTY, has the ability to find new SNPs. And they are being found by the buckets – so fast that the haplogroup trees can’t even keep up. For example, the haplogroup project page still lists most Native people as Q1a3a, but in reality many new SNPs have been discovered. The official haplogroup tree is still under construction, but you can see an updated version on the front page of the haplogroup Q project.

That’s the good news – that the Big Y represents a huge research opportunity for us to make major discoveries that may well divide the Native groups in the Haplogroup C and Q projects into either language groups, or maybe, if we are lucky, into tribal “confederacies,” for lack of a better word. I hate to use the word tribes, because the definition of a tribe has changed so much. What we would like to be able to do it to tell someone from their test results that they are Iroquoian, for example, or Athabascan, or Siouian. This has been our overarching goal for years, and now we’re actually getting close. That potential rests with the Big Y.2

Now that would be really cool. And we can make it happen — or at least contribute to giving it a chance.

Each test costs close to $500 on sale — and it’ll be a lot more expensive after today. There are general funds set up for DNA testing for Native American haplogroups, and we can put them over the top for these tests today. The more we join in this effort, the more tests can be ordered and the more we may all learn.

For the haplogroup Q project, you can contribute by clicking on this link:

For the haplogroup C project, you can contribute by clicking on this link:

This is collaborative citizen science at its best. It’s a chance to learn just for the sake of learning. Let’s catch this dream and make this happen.