Thanks to a German gem

A gem of a genealogical society

The best time a genealogical speaker can have is a room full of people who pay attention, laugh at the jokes and ask great questions afterwards. 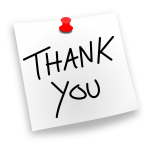 Oh, and schnitzel and strudel don’t hurt a bit.

That’s pretty much the description of The Legal Genealogist‘s evening yesterday sharing information about DNA testing with the German Genealogy Group of Hicksville, New York.

As a genealogist, it’s just so much fun to share with other enthusiasts, and it’s even better to be stretched by the questions afterwards. That’s what helps me learn more myself. And as someone with a big chunk of German genes to deal with,2 it was a special treat to be able to comiserate with folks who’ve encountered the same problems I’ve had with foreign records, obscure handwriting and more.

So a great big THANK YOU to the German Genealogy Group for that!

But what came through even more last night was just what a gem of a genealogical society the German Genealogy Group is! Active, enthusiastic, and giving back to the genealogical community in a big way.

Just take a look at the GGG’s newly-redesigned website at http://www.germangenealogygroup.com — open up the menu for database searches, and take a look.

Wow. Most of the links are to indexes or transcriptions prepared by GGG members (and others) to a wide variety of records that you’re just not going to find anywhere else. And although the name suggests that German records are the focus, in fact, the website makes clear: “As a group we are focused on German genealogy however, our databases encompass ALL nationalities and are always free to search.” So you’ll find all types of folks in databases like:

You can search the Ackerly Collection — an index (containing 14,195 records) to a collection of notebooks prepared by Orville Bunnell Ackerly transcribing early Suffolk County, New York, deeds and other documents. There’s an index of notices of births, marriage, engagements, baptisms, deaths, major anniversaries (birthdays and marriages) and occasional divorces and other events published in the Amityville Record newspaper on Long Island, New York, covering the years 1904-1944. And a database includes all of the dead and missing from the 1904 General Slocum disaster,3 compiled from several sources, including contemporary newspaper sources.

And if activity is what you crave as a genealogist, how about marching in the German-American Steuben Parade on September 21? Or the Cypress Hills Cemetery Crawl on October 13? Or the Oktoberfest Dinner on October 17?4

The GGG meetings — featuring speakers or special events — are held on the first Thursday of the month from September through June.

And did I mention strudel?

Make sure to try the strudel…