The soldier, the son and the land

A different kind of land deal

Oh, it’s in the deed books of the County of Irwin, Georgia, which is where you might expect to find a land transaction.

But it’s also in the statute books of the State of Georgia. 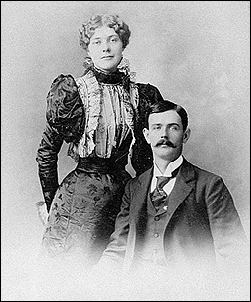 It was a gift from the man pictured here, James B. Clement of Irwin County, Georgia, born just after the Civil War to a father who had spent most of that war wearing Confederate gray. Reuben W. Clements had served as an officer in Company F of the Georgia 49th Infantry in 1862 until a bout with measles forced him to resign, and once he fully recovered he served again in Company H of the Georgia 4th Cavalry from 1863 to the end of the war.1

That same year, Reuben was elected Clerk of the Superior Court, a post he held almost until his death in 1895.4

James grew up there in Irwin County, and lived there his entire life. He appears as a 10-year-old schoolboy in his parents’ household there in 1880,5 with his bride and his widowed mother in 1900,6 as a widower with a seven-year-old daughter in 1910,7 with his 17-year-old daughter in 1920,8 and remarried with a young wife, baby daughter, adopted son and stepson in 1930.9

He was a lawyer, a graduate of Emory University,10 Judge of the County Court and a Georgia State Representative and Senator from Irwin County11 who wrote a history of the county used often by Georgia genealogists.12

And, from his father, he inherited two things. A powerful loyalty to the Confederacy. And a particular piece of land.

The statute book tells the story:

Whereas, the Honorable J. B. Clements, of the county of Irwin, is the owner of lot of land No. 51 in the Third District of Irwin county, which came to him by inheritance from his father, who was a true, loyal Confederate soldier, and it was on this lot of land that the Honorable Jefferson Davis, the President of the Confederate States, was camping when captured by the soldiers of the United States in April, 1865, and in obedience to the request of his father, he desires to convey to the State of Georgia four (4) acres of land of the lot aforesaid, as shown by the attached plat, and that the State may authorize the acceptance of his deed thereto.

Be it therefore resolved by the General Assembly of Georgia, That the Honorable J. B. Clements, of the county of Irwin, is hereby authorized to convey by his warrantee deed to the Governor of the State of Georgia, and his successors in office, for the use and benefit of the State of Georgia, four acres of land as designated by the plat, the same being a part of lot No. 51 in the Third District of Irwin county.13

The deed itself can be seen today at the Georgia State Archives at Morrow, tucked into the back of a volume labeled entitled Register of Grants 1894-1912, volume AD. And it’s online in a collection called “Georgia, Headright and Bounty Land Records, 1783-1909,” at FamilySearch.14

And the plat — the survey — referenced in the statute? It’s there too: 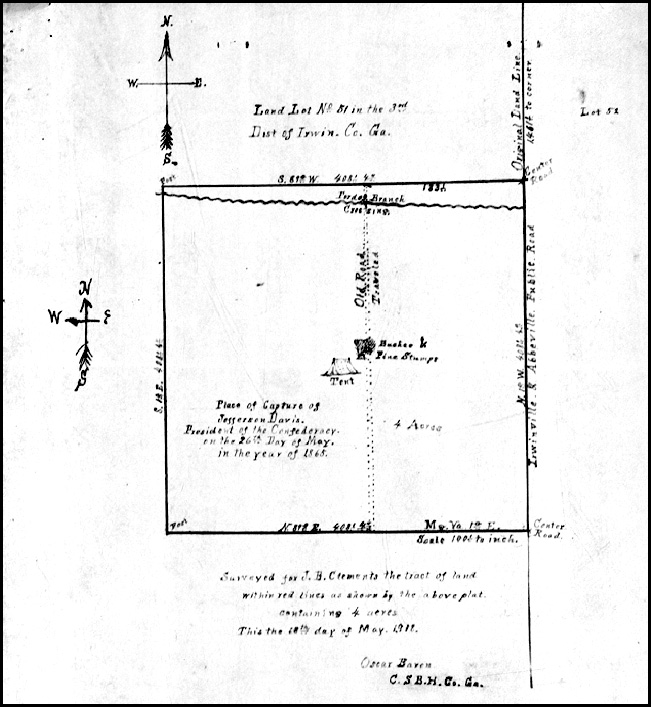 Yet another piece of history, tucked away, in the statute books.