D is for durante

No, not a nose, or even The Nose

So there it is… D… “the fourth letter of the English alphabet.” Or maybe an abbreviation for Digestum, which has nothing to do with your innards but is, instead, the Digest of the Justinian collections of the civil law. Or maybe it stands for dictum (a non-binding remark or observation in a legal decision). Or demissione (on the demise) or Doctor or District or even 500 in Roman numerals, except when you put a dash or stroke over it, when it gets magically converted into five thousand.1 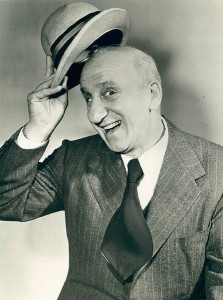 And where else but in a law dictionary are you going to find the word “durante” where it has absolutely positively nothing whatsoever to do with the nose? Or even The Nose.

Yeah, okay, so it’s the name of an actor and, remarkably, even his real name.2 But like so much else this word you think you may think you recognize in common usage has such a different meaning when it’s taken up and plopped down into the middle of the law.

And in that context, famous noses notwithstanding, durante means “during,” and you’ll see it all the time in old deeds and other types of conveyances.3 Black’s Law Dictionary offers some examples: “Durante viduitate, during widowhood. Durante virginitate, during virginity. Durante vita, during life.”4

So come on along with The Legal Genealogist and we’ll all dust off our copies of Black’s — you’ve got the first edition on CD, right? — and see where a jaunt through the D pages will take us. Because it’s a sure bet that there are tons more words with common day-to-day meanings that mean something entirely different in the law.

• A dame isn’t an impolite slang word for a member of my gender. In English law, it’s the legal designation of the wife of a knight or baronet.6

• Think you can define data? Think again. In the law of conveyancing, it was the date on which a deed was executed.7

• A daysman wasn’t the opposite of a night owl. That was a term used for an “arbitrator, umpire, or elected judge.”8

• De alto et basso aren’t two singers in the church choir. It means “of high and low; a phrase anciently used to denote the absolute submission of all differences to arbitration.”9

• A dead-pledge had me stumped for a while. A promise beyond death? A contract for a tomb? Nope. “A mortgage.”10 Not a bad meaning in this post-housing-price-meltdown world…

• A declination isn’t what you send in when you’re not going to go to your cousin’s wedding. In Scotch law, it’s “a plea to the jurisdiction, on the ground that the judge is interested in the suit.”11

• And did you know that a decoy isn’t the wooden duck you put out when you’re doing some duck hunting? Nope, in fact, it’s a “pond used for the breeding and maintenance of water-fowl.”12 I guess either way you’ll still end up with roast duck…

• Defunct doesn’t exactly mean what we usually think of, such as a defunct corporation (no longer existing or functioning). In Scotch law, it’s very specific: it’s “a deceased person.”13 And, by the way, in the law, a dead body is, well, a “corpse.”14

• And derelict isn’t the guy with the squeegee on the streetcorner. It’s, among other things, “land left uncovered by the receding of water from its former bed.”15

• A diet won’t help you lose weight, except maybe through anxiety, because — when it’s not “a general legislative assembly” — it’s the “day fixed for the trial of a criminal cause.”16

• And while all these legal terms may be causing you some distress, in the law, it means taking some personal property out of the hands of a wrong-doer and handing it over to the injured party, or the “taking of a defendant’s goods, in order to compel an appearance in court.”17

• Not to mention the fact that a drummer isn’t the term applied to Keith Moon. In the law, it’s a term applied to “commercial agents who travel for wholesale merchants and supply the retail trade with goods, or take orders for goods to be shipped to the retail dealer.”18

Then, of course, there are the words that are just plain fun. Words like deuterogamy, which is what happens when a widower remarries.19 And I’m very fond of the very short one-syllable D words:

• Your friend Daniel may be called Dan but a dan is a title anciently “for the better sort of men in England … (an) old term of honor for men, as we now say Master or Mister.”20
• A den isn’t an extra room in your house; it’s a “valley,” or “a hollow place among woods.”21 Which doesn’t begin to explain how the right of den and strond is “liberty for ships or vessels to run aground or come ashore.”22
• Do isn’t a verb meaning something like perform. It’s Latin, it means “I give,” and it’s used a lot in old documents of feoffment and gift.23
• Dos is not a computer operating system. In both Roman and early English law, it was the “dowry,” the “wife’s marriage portion,” what she could expect of her husband’s estate.24
• This particular version of dum isn’t lacking a b at the end of the word. It’s another Latin term, meaning “(w)hile; as long as; until; upon condition that; provided that.”25
• And dun isn’t just what your creditors may do. It’s also a “mountain or high open place.” 26

But maybe my all-time favorite D word I hadn’t come across before? It’s dysnomy. It means“ bad legislation; the enactment of bad laws.”27 Sigh… this is, after all, an election year with all 435 House of Representatives seats and 33 Senate seats up for grabs…