It ain’t necessarily so

My friend Craig was puzzled by the assertion in yesterday’s blog that “under the Naturalization Act of 1802, every state or territorial court had the authority to naturalize any foreigner along with the federal district and circuit courts. That didn’t change until well into the 20th century.”1 He’d read, he said, that the 1906 naturalization act provided that state courts couldn’t naturalize folks anymore.

This is a pretty common misconception, judging from an online genealogy meet-up I attended last night, where everybody seemed pretty much convinced that, yep, naturalizations after 1906 were done only in federal courts — or, at least, if they were done later, it was in violation of federal law.

Nope, nope, nope. This is one of those things that everybody knows… but “it ain’t necessarily so.”2

Witness the order shown to the left here, naturalizing my grandfather’s aunt Anna (Graumüller) Nitschke on 15 December 1921 — 15 years after the 1906 act was passed.3

It was entered not by any federal court but entered by a local court in Chicago — the Circuit Court of Cook County, Illinois.

It’s true that state courts got less involved in naturalization as the 20th century went on, but it’s not true that only federal courts had the jurisdiction — the legal right and power — to do naturalizations after 1906.

Let’s do this the hard way and the easy way.

First, the hard way. Let’s look at the law.

The 1802 naturalization act required an immigrant to go into court to start the immigration process and it specifically identified the courts with power to act: “the supreme, superior, district or circuit court of some one of the states, or of the territorial districts of the United States, or a circuit or district court of the United States.”4

The 1906 act standardized naturalizations. For the first time, it required one standard, federally-mandated set of forms to be used, a copy of which had to be sent to the newly created Bureau of Immigration and Naturalization, which later became the Immigration and Naturalization Service (INS) and later still the U.S. Citizenship and Immigration Services (USCIS), the name the agency uses today.5 Before then, every judge handling naturalizations could require a different set of forms with different information that had to be filled out, which is why naturalization records differ so much before 1906 not just from county to county but even from judge to judge within a county.

But the jurisdiction of state courts was not changed by the 1906 act, which provided, in part:

That exclusive jurisdiction to naturalize aliens as citizens of the United States is hereby conferred upon the following specified courts: United States circuit and district courts now existing, or which may hereafter be established by Congress in any State, United States district courts for the Territories of Arizona, New Mexico, Oklahoma, Hawaii, and Alaska, the supreme court of the District of Columbia, and the United States courts for the Indian Territory; also all courts of record in any State or Territory now existing, or which may hereafter be created, having a seal, a clerk, and jurisdiction in actions at law or equity, or law and equity, in which the amount in controversy is unlimited.6

And that jurisdiction wasn’t even changed as late as the 1952 naturalization act; not even the language changed. Among the courts expressly authorized to naturalize immigrants in that statute were “all courts of record in any State or Territory now existing, or which may hereafter be created, having a seal, a clerk, and jurisdiction in actions at law or equity, or law and equity, in which the amount in controversy is unlimited.”7

In fact, it wasn’t until passage of the 1990 immigration act that jurisdiction was removed from state courts — and it was removed from federal courts too. As of the 1991 effective date of that statute, immigration is now an administrative matter, and not a matter for the courts at all. Under the act, “The sole authority to naturalize persons as citizens of the United States is conferred upon the Attorney General.”8 Today, you get your naturalization certificate from the USCIS, not from a court.

Okay. That’s the hard way of finding out that, yes, really, no foolin’, folks, you really can look at state court records for time periods well after 1906 and find all kinds of naturalization records. 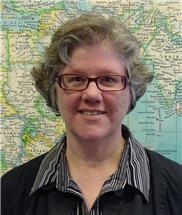 And then there’s the easy way: I asked.

And I not only asked how it happened that state courts became less and less involved in naturalization in the 20th century even though the law allowed them to enter naturalization orders, I put the question to the world’s leading expert on U.S. immigration and naturalization, Marian L. Smith.

For those of you who haven’t had the pleasure, Marian L. Smith is Chief of the USCIS Historical Research Branch and directs the agency’s History Office, Historical Reference Library, and Genealogy Program. She’s been the nation’s immigration historian for nearly 25 years and if there’s anything about U.S. immigration and naturalization that she doesn’t know, it probably isn’t knowable.

“There was a geographic component to state/local courts relinquishing jurisdiction. In the South, nearly every state court formally relinquished between 1906 and 1910. They simply did not have enough business to generate enough fees to cover the cost.”

“In the Northeast and Midwest, most county courts held on, especially in places like New York where they were tightly connected to political machines. In the early 1920’s the Federal Government moved to force New York courts to relinquish their jurisdiction due to the amount of naturalization fraud. Elsewhere in the Northeast and Midwest in the 1920’s and 30’s the immigrant population either naturalized or aged out, and the business dried up.”

“Where the population was thin, many state courts retained jurisdiction. Courts in Montana, Wyoming, and places like that did not start relinquishing until the 1960’s.”11

• And the way relinquishment worked, it explains why “if (researchers) find declarations they (may not) find petitions — some courts continued to accept declarations but did not decide any petitions — called inactive by local agreement, or IBLA.”12

There you have it. The law, and the reasons for and results of the law, and why “it ain’t necessarily so.”