A is for alternative meanings 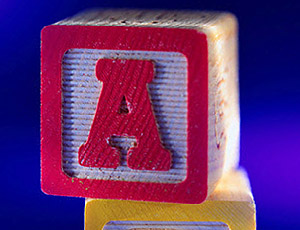 A is “the first letter of the English alphabet.”1 We all know that. No big deal, no surprise.

And we all know, as well, what simple everyday English words mean… like abide and adventure and aftermath and angels and anniversary, right?

There’s one little hitch in answering that question: language changes.

It changes depending on the usage of a term — there’s a big difference between conduct in which you acquit yourself well2 and a jury’s decision to acquit a defendant.3

And it changes with time — words that have one commonly-understood meaning today may have meant something entirely different in the past.

That’s why The Legal Genealogist always keeps a copy of the 1891 edition of Black’s Law Dictionary close at hand — and hey… you already know I’m a law geek here, okay? No need for snide comments…

If you don’t think you might need your own copy (c’mon — it’s only $29.95 on CD, and you get the 1910 edition thrown in), let’s look at just a few examples from the pages of that 1891 edition defining terms that begin with the letter A.

We may think that we abide something when we tolerate it and that we abide by a decision when we stick to it. That’s not necessarily what abide means in the law. “To “abide the order of the court” means to perform, execute, or conform to such order.” But if we’re in a dispute that’s in arbitration, then our agreement to “abide by” the award of the arbitrators means only that we agreed to wait and see what the arbitrators decide, not that we agreed to go along with it.4

We may think of an academy — especially in these days of charter schools — as any academic institution. But for the longest time it meant “a species of educational institution, of a grade between the common school and the college” — in other words, the functional equivalent of a high school.5

We may think of acceleration as what happens when we put our foot down on the gas pedal. But in the law, it’s the “shortening of the time for the vesting in possession of an expectant interest.” In other words, if you were going to get something later, such as a piece of land when someone dies, then acceleration is what happens to get it to you faster.6

We may think of an address as a postal description of a place where mail can be delivered or as something a President gives when he’s describing the State of the Union. But in law, it’s a specific part of an equity pleading that gives “the appropriate and technical description of the court in which the bill is filed.” Alternatively, it can be “a formal document, embodying a request, presented to the governor of a state by one or both branches of the legislative body, desiring him to perform some executive act.”7

We may think of a challenging, risky, daring trip as an adventure. Um… how about “the act of sending goods abroad under charge of a supercargo or other agent, at the risk of the sender, to be disposed of to the best advantage for the benefit of the owners”? And it could also mean the goods that were sent that way.9

We may think of an affiliation as a connection or association of some kind. Yeah, it is, but in the law it meant “fixing any one with the paternity of a bastard child, and the obligation to maintain it.”10

We may think of aids as things that help, or — in capital letters — as a terrible disease. But in feudal law, these were the basic duties a tenant owed to his lord, particularly in times of distress, “principally …: (1) To ransom the lord’s person, if taken prisoner; (2) to make the lord’s eldest son and heir apparent a knight; (3) to give a suitable portion to the lord’s eldest daughter on her marriage.” Oh, and if you don’t like those, they were also “extraordinary grants to the crown by the house of commons, and which were the origin of the modern system of taxation.”12 Just what we all wanted…

We certainly think of an alumnus as somebody who has graduated from a particular college or university. But the word used to mean “a child which one has nursed; a foster-child.”13

We may think of amber as that hard yellow or brown fossilized resin. (Remember the amber used to capture the dinosaur DNA in Jurassic Park? Yeah! That stuff!) But not in old English law. There, it meant “a measure of four bushels.”14

And it’s a sure bet that we think of an ancestor only in the sense of somebody who came before us in our blood line — someone from whom we descend. In the law, however, there’s yet another meaning: “A former possessor; the person last seised” of land. That includes “a deceased person from whom another has inherited land. A former possessor.”15

How ’bout an anchor? Think of it as a weighted device used to keep a boat in one place? True. But also at one time “a measure containing ten gallons.”16

Or an angel? One of those beings that were sweetly singing o’er the plain? Um… or maybe “an ancient English coin, of the value of ten shillings sterling.”17

Did you wish your spouse a happy anniversary this year on the same day you were married? Nice. But in old ecclesiastical law, it was a day “set apart in memory of a deceased person” every year.18

When someone mentions apostles, do you think of the Last Supper? Won’t help you much in records of courts that dealt with ships and shipping. There, the word meant “brief dismissory letters granted to a party who appeals from an inferior to a superior court, embodying a statement of the case and a declaration that the record will be transmitted. This term is still sometimes applied in the admiralty courts of the United States to the papers sent up or transmitted on appeals.”19

I can think of a lot of possible meanings to the word approach. A batter can approach the batting box. An airplane can be on its final approach to the airport. My plan of attack can be my approach to a problem. But in international law, it’s “the right of a ship of war, upon the high sea, to visit another vessel for the purpose of ascertaining the nationality of the latter.”20

Archery, to me, has always been a sport involving skill in shooting with bow and arrow. But in feudal law, it was the obligation to keep a bow handy “for the lord’s use in the defense of his castle.”21

The word ardour isn’t fancy British-English spelling for a warmth of feeling. In old English law, it was more than just warm: it was “an incendiary; a house burner.”22

And are wasn’t just the present-tense version of were. It was, additionally, “a surface measure in the French law, in the form of a square, equal to 1076.441 square feet.”23

And air? It’s just “that fluid transparent substance which surrounds our globe.”24 But hey… we all knew that. No big deal, no surprise.